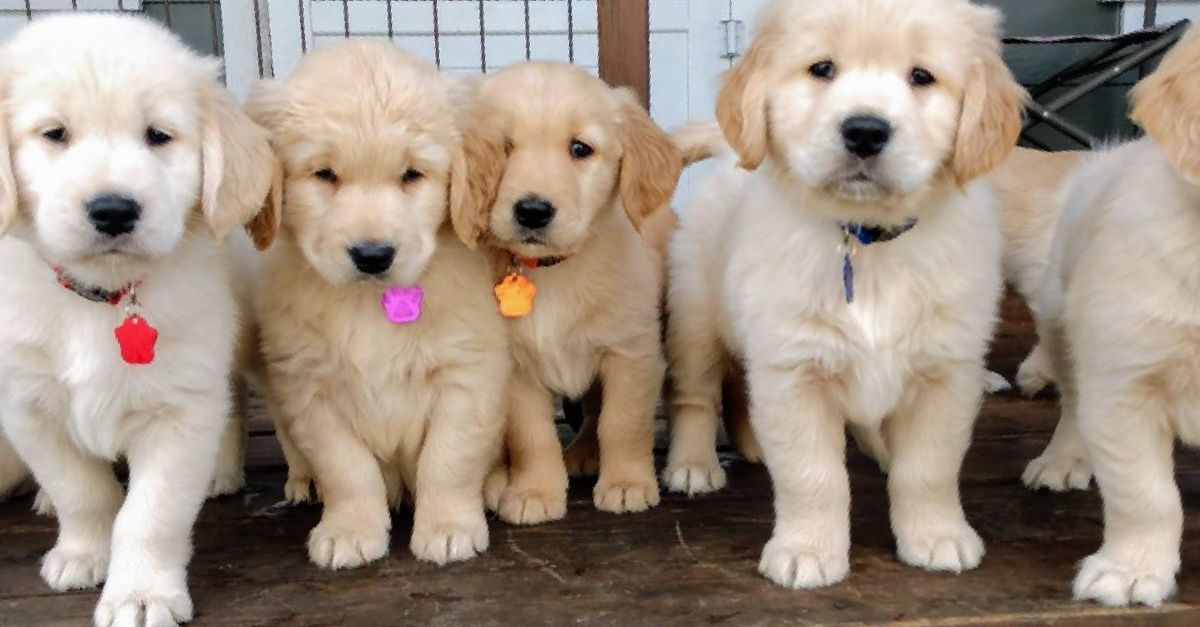 Sundancin' Goldens had it's humble beginnings in Gresham, Oregon in 2005 when we adopted our first Golden Retriever. Abby was a beautiful Golden with the sweetest disposition and Champion lineage from her sire, Reggie. We wanted to breed her, so we looked for a sturdy male for her and chose Strider from Anderson Goldens in Oregon City, Oregon.

Our next Golden is Agent Sunshine (sire Strider and dam Abby). Sunshine is our therapy baby. We had intended on selling him, but fell in love with him. His first touch was from my hands and he spent his puppyhood growing up at my side and at my feet. Sunny has an uncanny sense of providing love at needed times. We took him to hospitals and care homes as a young dog, visiting patients to cheer them up. He's always been a lover and readily offered it to those he visited.

After retirement, we moved to Ocean Shores, Washington. When our Bearded Collie, Roxy got sick with cancer, Sunshine was by her side always comforting her until the end. We knew he would need a new companion when Roxy was gone, so we stepped up our search for a mate for him.

We were interested in English Cremes. English Goldens have longer lifespans, lower cancer rate, and shed less than their American bred counterparts. Coat color can range from very light golden to a creamy white. English Creams have a lovely big head, lower set ears, larger eyes and deeper chests - they also have a stockier build and a more powerful, athletic look. We found Peaches from Finch Creek Goldens in Matlock, Washington. Her sire, Blizzard  is from the famous Dewmist line so we knew we were getting a great breeding dog.

Peaches is a hugger with lots of energy and great physical stamina and health. She loves to run on the beach and when weather permits gets a daily run. We call her "Surfer Girl" because her run isn't complete until she's hit the waves. She is especially affectionate and when she greets people, wraps her paws and arms around the waist, laying her head against the chest, always gently.

Of course, both our Goldens are AKC registered - Agent Sunshine (our Stud) and Sundancin' Dewmist Peaches 'n Creme. We are very excited to announce their first litter of puppies were born January 14, 2021 on Sunshine's 6th Birthday!

Peaches and Sunshine are expecting their second litter September 6, 2021. Confirmation pending. Complete Application and deposit to be added to our Wait List.

We care deeply that each and every one of our puppies is adopted into the perfect home and family.  In addition we will ensure they are healthy before going to their forever home. Each puppy will be wormed, have their first shots, and a puppy wellness exam from our local veterinarian, Ocean Shores Animal Hospital.

The health of our Goldens is important to us. Our dogs have great pedigrees and are the offspring of generations of healthy OFA certified dogs and DNA. Both have Genetic Health clearances and OFA Certifications. Both Peaches and Sunshine have been cleared of all genetic health risks to the Golden Retriever breed.

Our puppies come with AKC Limited Registrations. Our current price is $2000 per puppy. If you want Full Registration, we will discuss your breeding and showing plans and arrange to have our puppies evaluated by a specialist to make sure you are getting the best puppy for your plans. The price for Full Registration is more depending on puppy's qualities, and can be up to an additional $1000. A Co-ownership contract is included with all Full Registrations which gives us breeding rights.

We are members of GRCA and adhere to the Golden Retriever Club of America Code of Ethics.